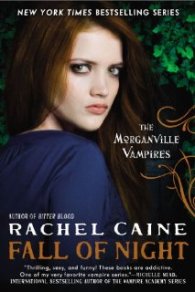 FALL OF NIGHT by Rachel Caine

Praise for the series:

“Rachel Caine is a first-class storyteller who can deal out amazing plot twists as though she was dealing cards.”—#1 New York Times Bestselling Author Charlaine Harris

“Thrilling, sexy, and funny! These books are addictive. One of my very favorite vampire series.”—Richelle Mead, International Bestselling Author of the Vampire Academy Series

Thanks to its unique combination of human and vampire residents, Morganville, Texas, is a small college town with big-time problems. When student Claire Danvers gets the chance to experience life on the outside, she takes it. But Morganville isn’t the only town with vampire trouble…

Claire never thought she’d leave Morganville, but when she gets accepted into the graduate program at MIT, she can’t pass up the opportunity. Saying good-bye to her friends is bittersweet, especially since things are still raw and unsettled between Claire and her boyfriend, Shane.

Her new life at MIT is scary and exciting, but Morganville is never really far from Claire’s mind. Enrolled in a special advanced study program with Professor Irene Anderson, a former Morganville native, Claire is able to work on her machine, which is designed to cancel the mental abilities of vampires.

But when she begins testing her machine on live subjects, things quickly spiral out of control, and Claire starts to wonder whether leaving Morganville was the last mistake she’ll ever make… 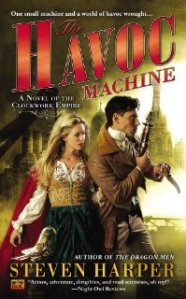 THE HAVOC MACHINE by Steven Harper

Praise for the series:

“Steven Harper has an extraordinary writing talent and his characters, human or not, are all addictive as sin. An eclectic story that I cannot recommend highly enough.”   —Huntress Book Reviews

“This series has really grabbed a hold of me to the point where I’m desperate to find out what happens next. The characters and their plight are so easy to become invested in, and I found myself rooting for them every step of the way. So I cannot recommend the books in The Clockwork Empire series, especially The Impossible Cube any higher. Whether you are a fan of Steampunk or not, these books promise to be an exhilarating roller coaster ride from start to finish that you won’t want to miss!”   —A Book Obsession

“This is a good mix of science fiction and fantasy, action, with a bit of romance as well. Since steampunk has grown in popularity over the years, I see this one being picked up by many fans of the genre.” —News and Sentinel

In a world riddled with the destruction of men and machines alike, Thaddeus Sharpe takes to the streets of St. Petersburg, geared toward the hunt of his life….

Thaddeus Sharpe’s life is dedicated to the hunting and killing of clockworkers. When a mysterious young woman named Sofiya Ekk approaches him with a proposition from a powerful employer, he cannot refuse. A man who calls himself Mr. Griffin seeks Thad’s help with mad clockwork scientist Lord Havoc, who has molded a dangerous machine. Mr. Griffin cares little if the evil Lord lives or dies; all he desires is Havoc’s invention.

Upon Thad’s arrival at Havoc’s laboratory, he is met with a chilling discovery. Havoc is not only concealing his precious machine; he has been using a young child by the name of Nikolai for cruel experiments. Locked into a clockwork web of intrigue, Thad must decipher the dangerous truth surrounding Nikolai and the chaos contraption before havoc reigns…. 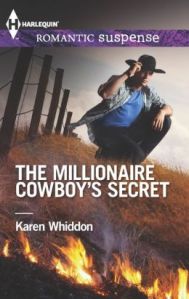 Undercover Seduction Undercover ATF agent Skylar McClain dreams of justice and lives by the law. She always gets her man. Armed with a killer smile and an undercover identity as a photojournalist, she should have no problem bringing down any criminal—even a sexy millionaire horse breeder. But no assignment has ever tested her boundaries like Matt Landeta. His connection to Mexican drug cartels makes him dangerous. Only, what if there’s more to this case than right and wrong?

All Matt wants is revenge. Not a gorgeous distraction like Skylar, whose hunt for answers will complicate things. Yet an unexpected enemy is about to bring Skylar closer to the truth…and to Matt. And letting go of his darkest secrets might be the only way to protect her.