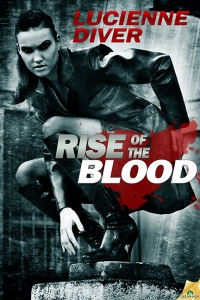 Hey, all!  Just back from DragonCon.  I promise to post pictures very soon, along with a write up requested by my friend Tim.  In the meantime, I’m so excited about the digital release of my new Latter-Day Olympians novel RISE OF THE BLOOD, that I just had to post.  Think of it as My Big Fat Greek Wedding with gods and gorgons.  It’s set in Greece – Delphi in particular, and, well, I’ll let my cover copy do the talking.  (BTW, for those of you who prefer print, as I must admit I do, RISE OF THE BLOOD will be in trade paperback in 2014.)

Weddings can be war.

Great. Tori Karacis’s face is on the front of yet another tabloid “news”paper, linked to Hollywood hottie Apollo Demas. It was ONE dinner, and she was pissed with him at the time. But that’s the least of her worries. Just before leaving for her cousin’s destination wedding in Delphi, she learns that her arch nemeses, Zeus and Poseidon, have escaped police custody.

Despite looking forward to seeing Detective Nick Armani in a tux, her bad pre-flight jitters are confirmed when Apollo, with his sexy new co-star on his arm, boards the same plane. A plane that a freak storm nearly tears out of the sky.

What awaits them atop Mount Parnassus is even more deadly. A prophecy, a kidnapping, and a bloodletting that stirs up the mother of all trouble—literally. Rhea is awakened, and she’s none too happy with her offspring for losing their usurped dominion over the Earth.

The Olympians have fallen. It’s time for the Titans to rise again. Which means it’ll be a bad day for anyone standing in their way.

Warning: Bloodbath or blissful union…either way, the stakes are high in this destination Delphi wedding high atop the peaks of Mount Parnassus. Passions will flare, Titans will rise, monsters will awake, blood will boil and some will spill.

“Bad Blood is a delightful urban fantasy, a clever mix of Janet Evanovich and Rick Riordan, and a true Lucienne Diver original.” —Long and Short Reviews

“BAD BLOOD is a wonderful read. The mystery keeps the reader engaged, the action makes the reader want to roll with the punches, and the romance makes the senses tingle. This is a great book to coil up with on a lazy Sunday afternoon.” —Fresh Fiction

“This was just an entertaining read, and one of the rare books where I liked the heroine, villain, and the love interests. It’s one of my favorite novellas of the year…. This is just one great read.” —A Buckeye Girl Reads

“There are plenty of twists and turns, lots of action, a couple of near-death experiences, several threats, n and a mystery to solve as Tori and Nick try to save the city from being destroyed…. It’s all added together into a fast paced, complicated plot that makes for an entertaining read.” –Literary Nymphs Reviews

“It’s entertaining and the humor often works, making this one a most pleasant pick-me-up read.”  —Mrs. Giggles

CRAZY IN THE BLOOD (Latter-Day Olympians, Book 2)
“A smart, sassy heroine, gods and monsters aplenty, a couple of sexy might-be-love interests and knotty mystery to unravel – what more could you want? Lucienne Diver’s writing is sharp and funny, making CRAZY IN THE BLOOD a must-read from start to finish and a more than worthy successor to BAD BLOOD.” —Christina Henry, author of the Black Wings series

“This is a novel that anyone seeking a terrifically fun novel will enjoy, and just quirky enough that it will attract lots of other readers as well… one heck of a rollicking good read.” —Night Owl Reviews

“The second book in this series is like a mashup of Greek mythology and a Janet Evanovich mystery, with snappy dialogue, romantic entanglements and bodies dropping everywhere.” —Romantic Times Book Reviews

One thought on “Rise of the Blood – new release!”